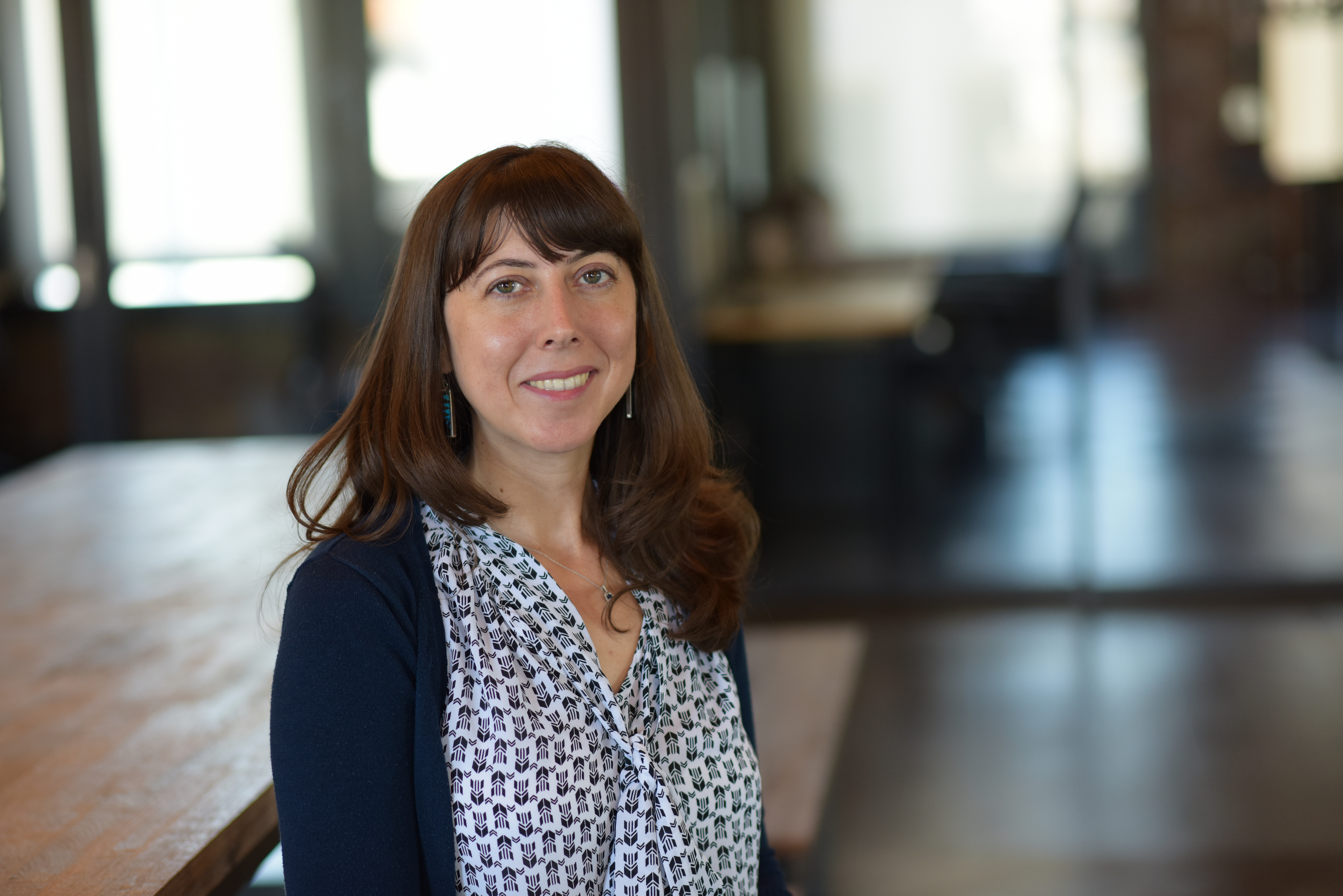 Alexandra Kostoulas has an MFA in Creative Writing and English from Mills College and a BA in Literature & Creative Writing from the College of Creative Studies at UCSB. She runs the Jack Grapes METHOD WRITING Program in San Francisco. She has over a decade of experience teaching English and Writing at the college level.  She has been been nominated for awards in fiction, poetry, and journalism and has won a few.  She has published short stories, a few journalistic pieces, and a lot of individual poems across a wide array of literary journals and other media. She has performed her work on stage at readings both locally and nationally.  She is currently   at work on finishing up her novel, Persephone Stolen. 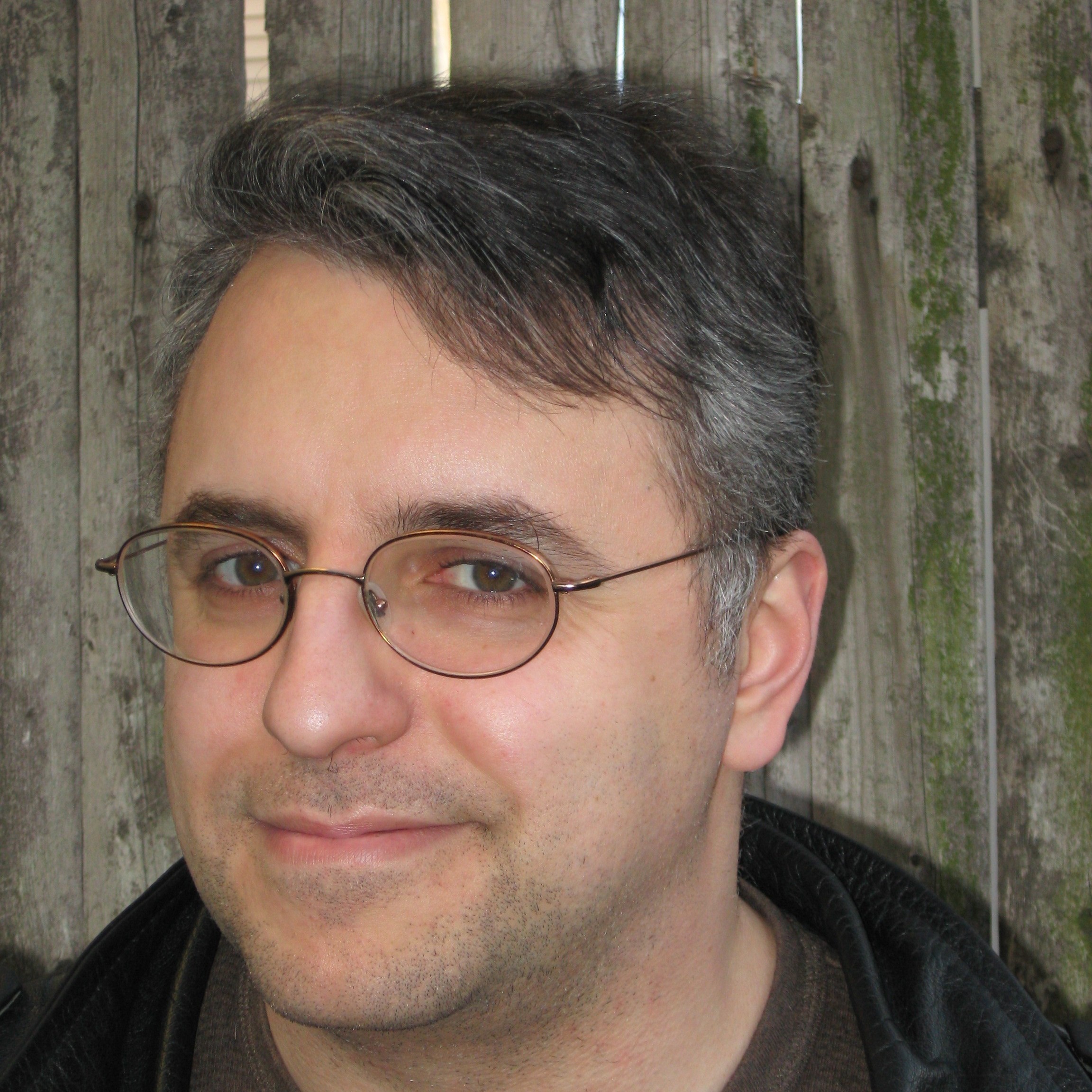 Nick Mamatas is the author of seven novels, over one hundred short stories, and dozens of essays and articles. His books include the novels I Am Providence and Hexen Sabbath, the short fiction collections The Nickronomicon and The Spook School, and the how-to guide for writing short fiction and non-fiction, Starve Better. Nick’s short fiction has appeared in Best American Mystery Stories, Year’s Best Science Fiction and Fantasy, New Haven Review, and many other anthologies and journals. He has written about writing for The Writer, Fine Books & Collections, and Wonderbook. His anthologies include the award-winning Haunted Legends (co-edited with Ellen Datlow) and The Future Is Japanese (co-edited with Masumi Washington), and the hybrid cocktail recipe/flash fiction title Mixed Up (co-edited with Molly Tanzer). 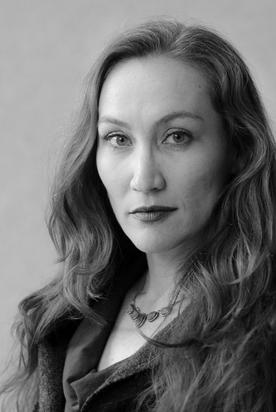 Hollie Hardy  can teach you how to survive anything. Her first collection of poetry, How to Take a Bullet, And Other Survival Poems has titles ruthlessly appropriated from The Worst Case Scenario Survival Handbook,and is available now from Punk Hostage Press (2014). She is an English instructor at Berkeley City College and seasonal lecturer at San Francisco State University, where she also received her Masters of Fine Arts in Poetry. An active participant in the local Bay Area literary scene, Hardy co-hosts the popular monthly reading series, Saturday Night Special, An East Bay Open Mic. She is a core producer and venue coordinator for the Beast Crawl Literary Festival in Oakland, curator of Litquake’s Flight of Poets, and a former Editor-in-Chief of Fourteen Hills: The SFSU Review. 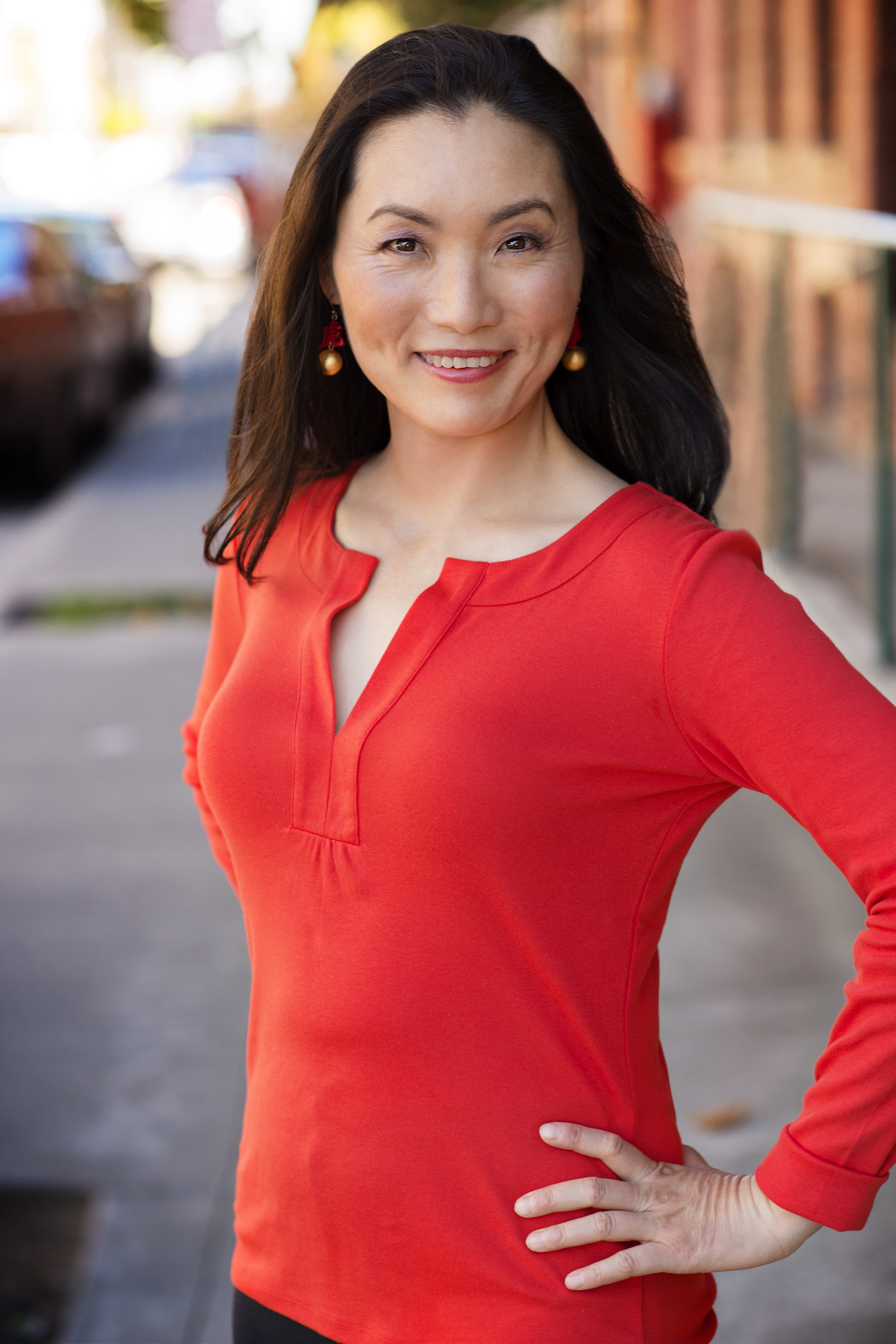 Award-winning author, and former food editor for Martha Stewart’s Whole Living magazine, Ying Chang Compestine is the multi-talented author of 20 books including fiction, picture books, and five cookbooks. She is the host of the popular TV cooking show New Ideas for Delicious Meals on Phoenix TV, and the spokeswoman for Nestle Maggi. Ying was also the spokesperson for Celestial Seasoning. Frequently sought after by the media, Ying has been featured on numerous national television programs, and is regularly profiled in prestigious news media outlets (The New York Times, Washington Post, San Francisco Chronicle, and Huffington Post); and has been named one of the “50 Great Writers You Should Be Reading” by the Author’s Show. Ying has contributed to Cooking Light, EatingWell, Self, Men’s Health, Christian Science Monitor, and many other prestigious national publications. Her keen interest in cuisine has led her to weave food into all of her writing– including cookbooks, novels, and picture books for young readers.Her highly acclaimed novel about her life growing up in China during the Chinese Cultural Revolution, Revolution Is Not a Dinner Party, has received over 30 national awards, and has been included in school syllabi globally. It was also selected for the One Book/One County reading program in Santa Clara California. To learn more, see Ying’s Wikipedia. 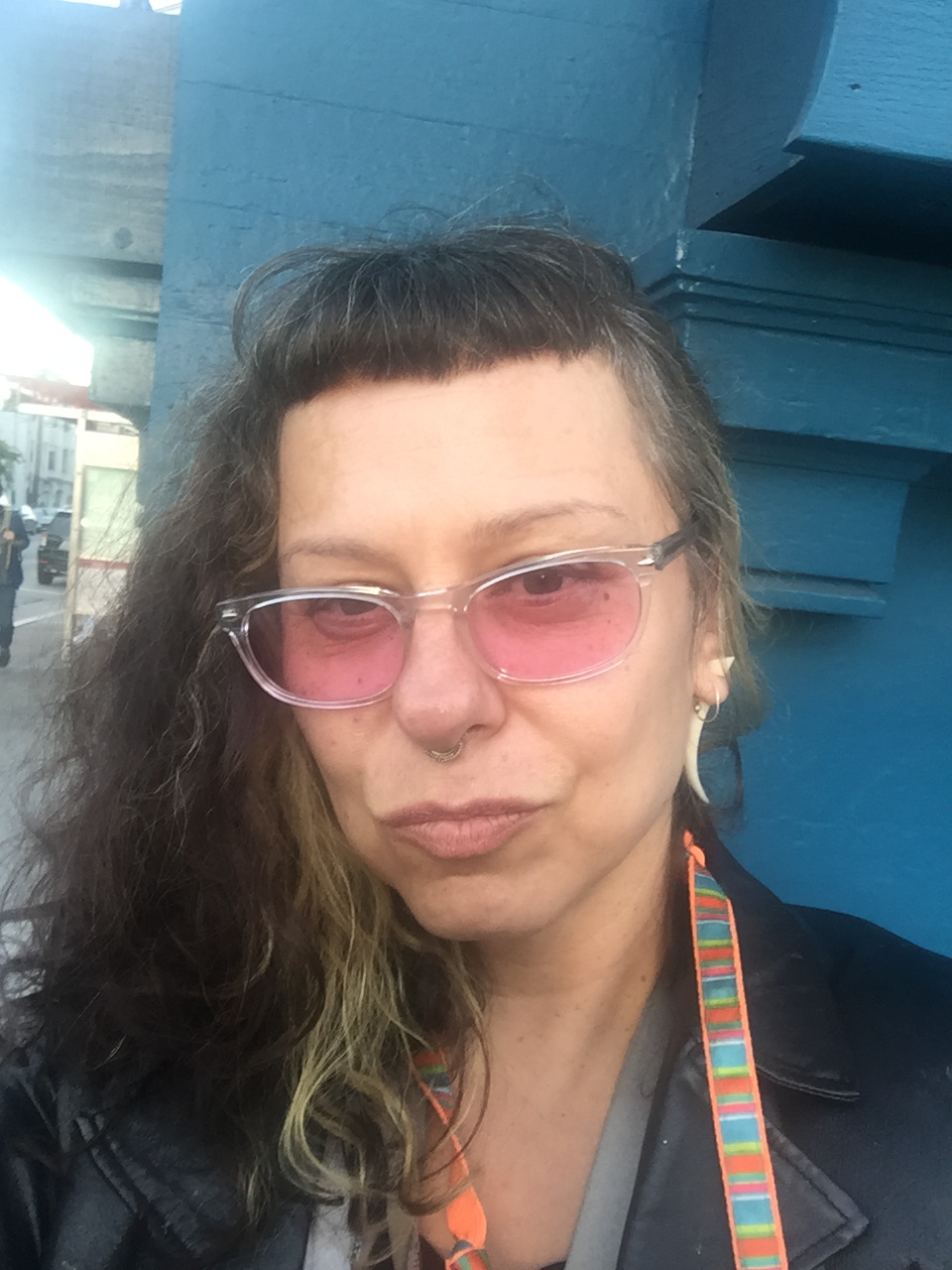 Daphne Gottlieb stitches together the ivory tower and the gutter just using her tongue. She is the winner of the Acker Award for Excellence in the Avant-Garde, the Audre Lorde Award for Poetry, the Firecracker Alternative Book Award, and a five-time finalist for the Lambda Literary Award. Critics have praised her work as “fierce,” “unapologetic,” “scorching” and “deliriously gutsy.” She is the author of 10 books in print: 5 books of poetry, 1 nonfiction book, 1 graphic novel, 1 book of short stories, and 2 anthologies. She has been widely published in journals and her work has appeared in a number of anthologies.  Gottlieb has taught at Mills College, California Institute of Integral Studies, New College of California, and has also performed and taught creative writing workshops around the country, from high schools and colleges to community centers. 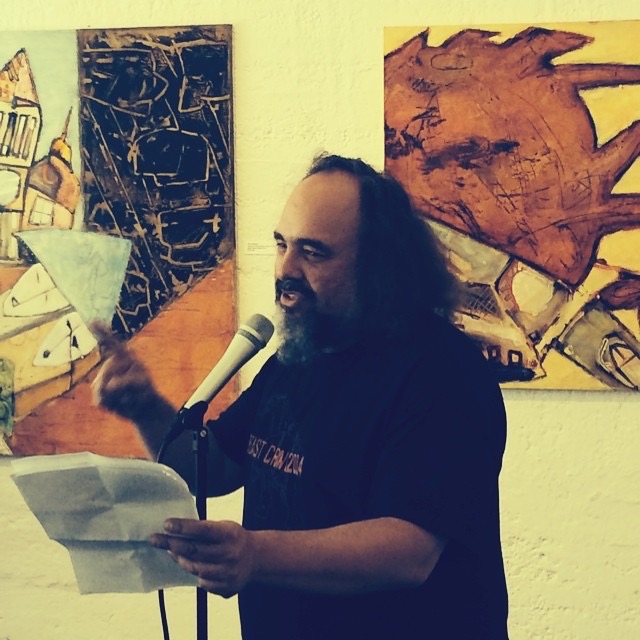 Paul Corman-Roberts is a core-founder of the Beast Crawl Literary Festival in Oakland CA. A local literary organizer, his most recent collection of poems is entitled We Shoot Typewriters from Nomadic Press (2015.) Previous titles include Notes From an Orgy (Paper Press, 2014) 19th Street Station (Full of Crow, 2011) and Coming WorldGone World (Howling Dog, 2006.)  His work has appeared in subTerrain, The Rumpus, 42Opus, Poetry Super Highway, Big Bridge, Red Fez, Sparkle and Blink, Rusty Truck, The Cape Fear Review and Full of Crow. He edits fiction for Full of Crow Press. In previous incarnations he has worked as a Chief Union Steward, an airman in the USAF, a telemarketer, general rabble-rouser and current drummer for the Blowdryer Punk/Soul East Bay Band. 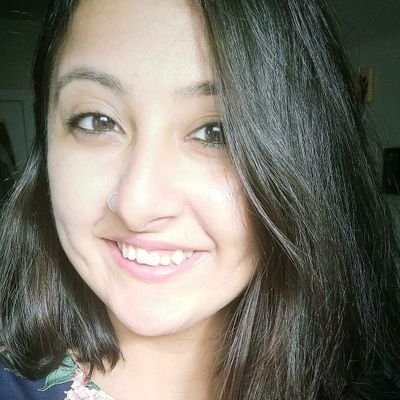 Preeti Vangani is an Indian poet & essayist. Her work has been published in BOAAT, Buzzfeed, Noble/Gas Qtrly, Threepenny Review and elsewhere. She is the winner of the RL Poetry Award 2017 and her debut book of poems titled Mother Tongue Apologize was published by RLFPA Editions in February 2019. She owes her MFA to the University of San Francisco.

Kim Shuck is the 7thpoet Laureate of San Francisco.  Kim Shuck was born in San 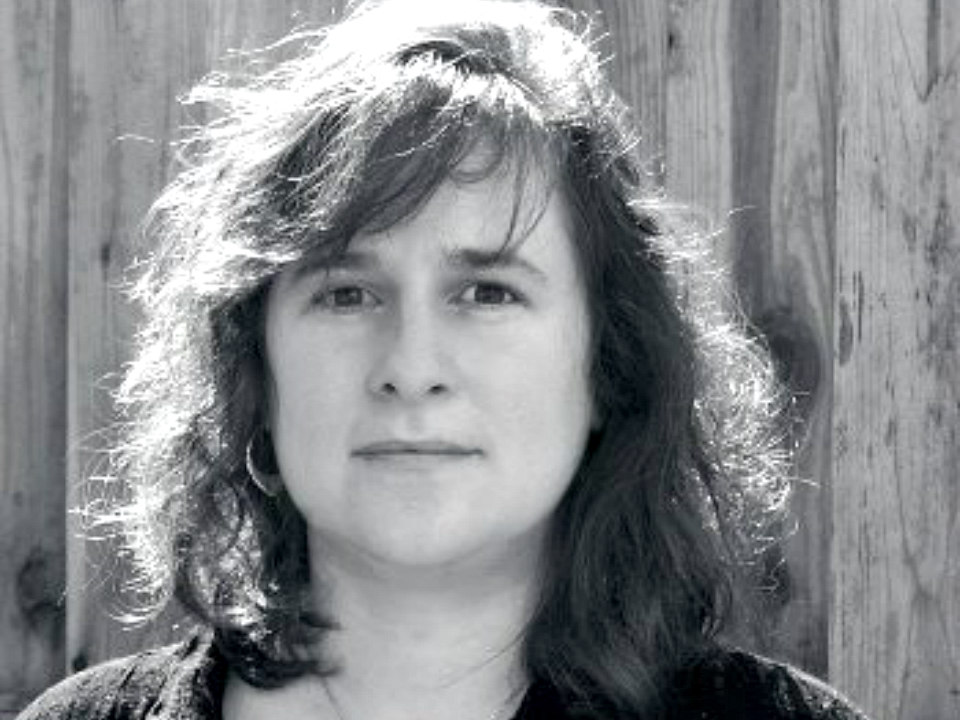 Francisco, California, and is a member of the Cherokee Nation of Oklahoma. She received a BA in Art and an MFA in Textiles from San Francisco State University. Shuck is the author of Deer Trails, forthcoming from City Lights Books in October 2019), Clouds Running In (Taurean Horn Press, 2014), Rabbit Stories (Poetic Matrix Press, 2013), and Smuggling Cherokee (Greenfield Review Press, 2005), as well as of the chapbook collection Sidewalk Ndn (FootHills Press, 2018). In 2019, Shuck was named an Academy of American Poets Laureate Fellow. She currently runs a reading series called the Fire Thieves showcasing intersectional and intergenerational authors from the Bay Area. 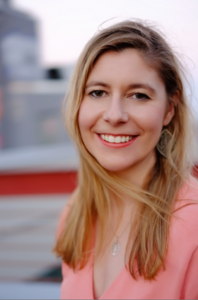 Caitlin Krause  is a learning expert, author, writer and keynote speaker.  In her book Mindful by Design and through her work as founder of the MindWise consultancy, she helps individuals and groups leverage mindfulness, wellbeing, storytelling and design principles to connect more deeply with their audiences and communities. Caitlin’s publications include Mindful by Design (2019), From Beginning to End (2012), and a book of poetry-photography The Book of Electric Cattle Prods (2007). Her work has appeared in numerous journals and online publications, including Forbes, HIGGS, Edutopia, Woven Tale Press, The Woolf Quarterly and Solstice magazine. She applies her passion for AI and virtual world-building to her work as an experience designer in XR environments, and she is currently writing a sci-fi novel. Through her leadership and organizational consulting, she helps individuals and teams create connection in the midst of complexity and change. Find her online at caitlinkrause.com and on Twitter @MindWise_CK.

Tongo Eisen-Martin was born in San Francisco, California, and received an MA from Columbia University. He is the author of Heaven Is All Goodbyes (City Lights, 2017) and someone’s dead already (Bootstrap Press, 2015), which was nominated for a California Book Award. Also a human rights activist and educator, he has taught at Columbia University and in detention centers across the country. He lives in San Francisco, California.